About Oso, Xena and Oscar 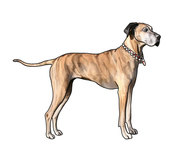 While it's mostly fictional, the characters in the Los Diggities series are based on real dogs and real people; some names have been changed for privacy purposes only, but Oso, Xena and Oscar are real dogs and those are their real names.

Xena was a 7 year old Great Dane, with a short, glossy coat known as a "brindle mix" of gold, tan and black.
In fact, her markings were quite similar to those of tigers, with stripes of black running perfectly through her coat. Jeanie often called her "Tiger Dawgie" and Xena didn't mind. She was proud of her markings. She was a show dog after all - or so she had once started out.

Oscar was a 10 year old Boxer, who also had a short coat with the same kind of brindle markings as Xena, only darker brown and black with a white chest and neck. His face and body were scarred and weathered, but he was stillfeisty and ready to defend himself and anyone he loved, though for the most part, he loved everyone. Jeanie had all kinds of nick-names for him as well, but the one he hated most was "wiggle-butt", which he endured only because she had saved his life and he adored her. 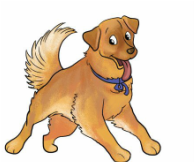 "Oso" means "bear" in Spanish; and Oso was a beautiful 18 month old Golden Retriever mixed with Chow, (as far as anyone could guess), with a fluffy golden coat and a jaunty flag for a tail.
He was very playful and very intelligent, but had a mysterious wisdom to him that made him seem older than he actually was. He also understood four languages: Spanish, English, Hebrew and "Dogspeak", and could even understand Sushi's "Catspeak" on rare occasion although he preferred not to.